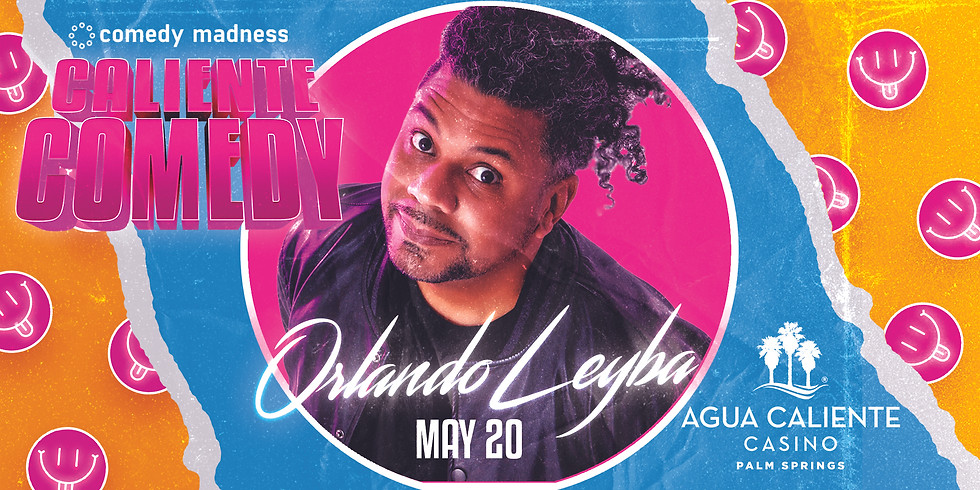 Orlando has a knack for finding humor in just about anything that crosses his path. With his animated demeanor, Orlando entertains the audiences through his dynamic storytelling and undeniable likeability allowing them to come along for the fun ride of his life experiences. He has been working hard… making his mark on the comedy scene. Most recently his Album is now streaming, he’s had multiple appearances on The Tonight Show Starring Jimmy Fallon. His comedy special, Adorable is streaming on HBO, and he voices a character in the animated kids film “Luis and The Aliens” on Hulu. He’s appeared on three episodes of TruTV’s LaffTracks, and on TBS’s Wreck League he’s been a contestant on the NBC show Bring the Funny, and he was a finalist in NBC’s ‘Stand Up Showcase. Orlando has become a regular at comedy festivals, and clubs throughout the U.S and Canada.

Caliente Comedy at the Cascade Lounge offers state-of-the-art sound and lighting with plush seating. Both the casino and lounge are NON-SMOKING.

Things to know before you go:

• Doors open at 7pm with a 8pm showtime.

• Light menu and drinks available throughout the show for pick-up at Java Caliente Cafe.

• No refunds/exchanges except for a COVID-related shutdown.

We cannot take cash at the door (casino policy). We can accept credit cards at the door if seats are available.